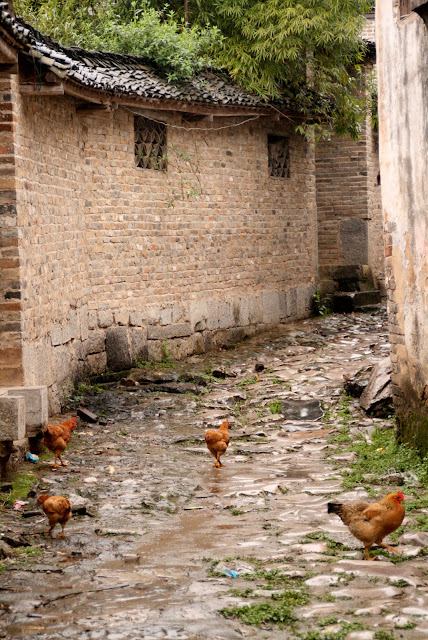 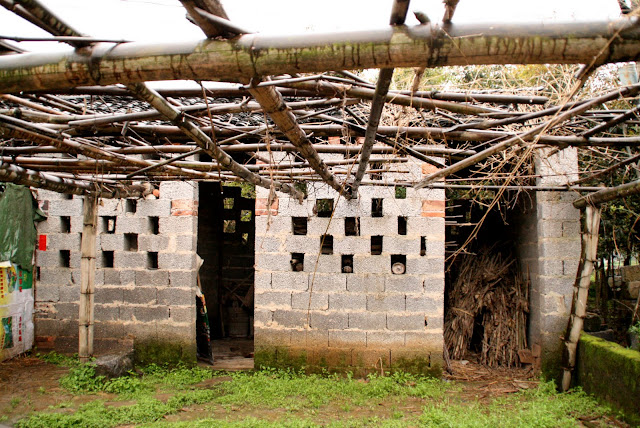 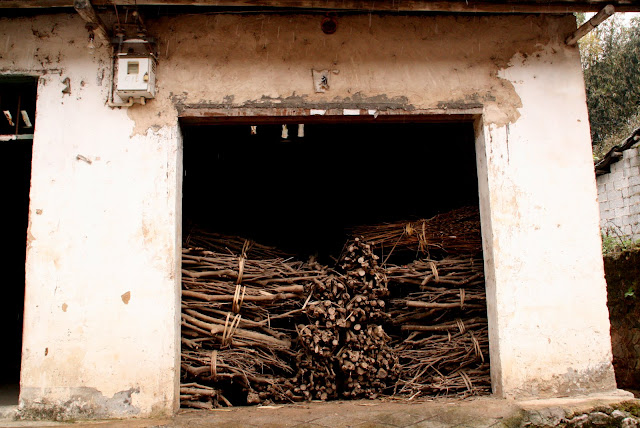 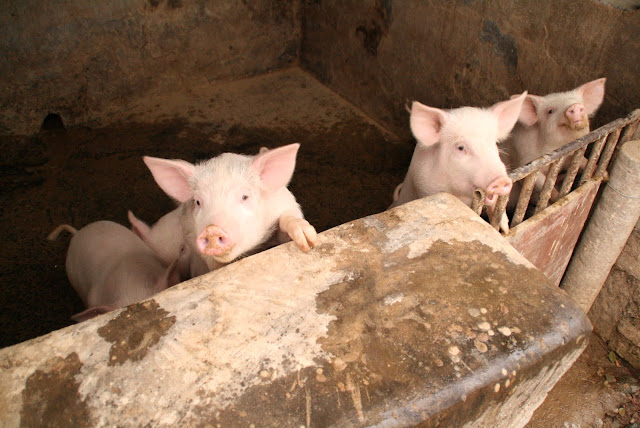 Yes, I am still on the subject of Liugong village- I can’t seem to get it off my mind.

Walking around, we heard the grunting-snorting-squealing that can only come from one animal: pigs! (Although to be honest, I thought it might have been a water buffalo at first.  Don’t make fun, have you heard a water buffalo before? That’s what I thought.) 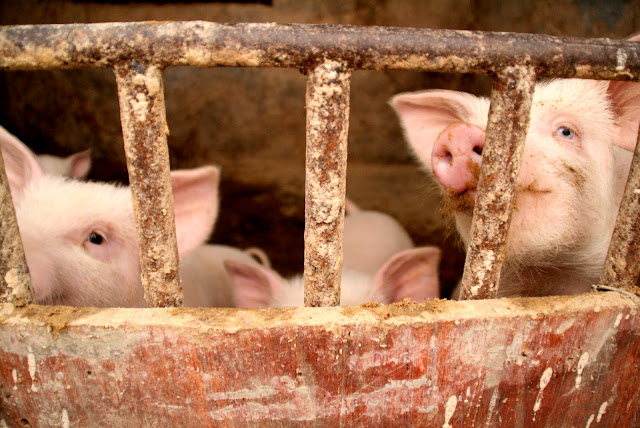 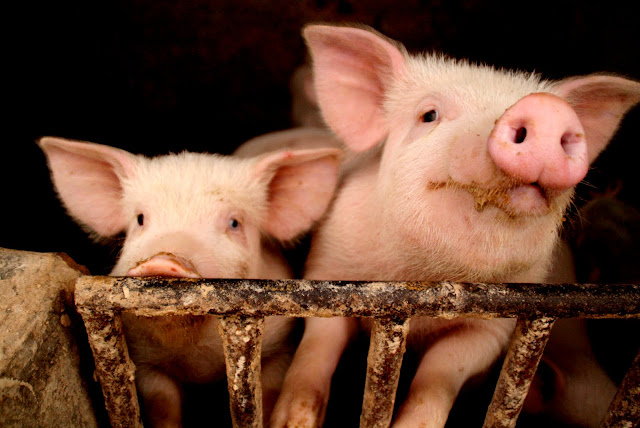 These were the cutest young pigs I have ever seen. We hung around long enough for their owner to come out with a bucket of slop. And I must say, never in my life have I seen an object so accurately represented in its purest form.  It was the sloppiest sloppy slop I have seen, and the pigs snorted squealed with joy as Owner poured in into the trough, and dove right in. 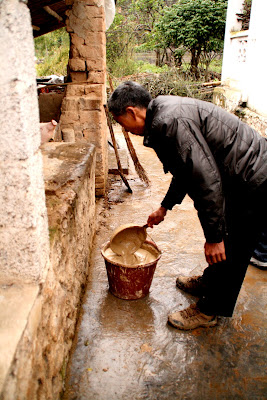 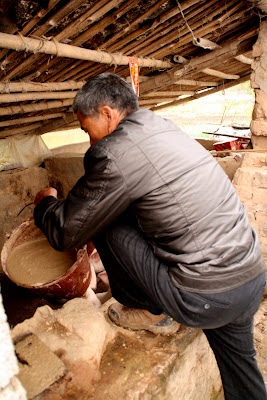 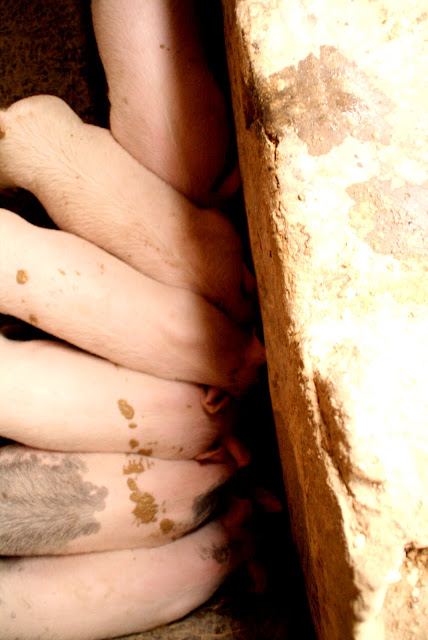 In honor of being born in the Year of the Pig….Happy Birthday to my best friend Tanya!!!!!!!!

Along with the best plate of rice I’ve ever been served, was an amazing dollop of chili paste on the side. Talking to the young woman who ran the restaurant (she couldn’t have been more than 25, and was at least 6 inches shorter than I was), she proudly boasted that it was her father’s famous recipe, known throughout town.

She proceeded to educate me that this type of chili paste- clearly speckled with the fermented black beans that the DiploMan and I love so much- is special to this area. Two small jars and a few large ones were all that remained from the Fall harvest. Fall Harvest? All that is left? I asked what she meant. She went on to describe that her family only makes the chili paste once a year, in the fall, when peppers are at their best. In the fall, peppers are their driest, which makes them most suitable for crushing into a thick chili paste. Like canning and preserving, this old-school method of making chili paste once a year proves that homemade is always better than store-bought.

We took the small jar home with us- and even among our 8 or so bottles of various chili pastes and sauces that are accruing in our fridge, I am starting to regret not having bought the large one. 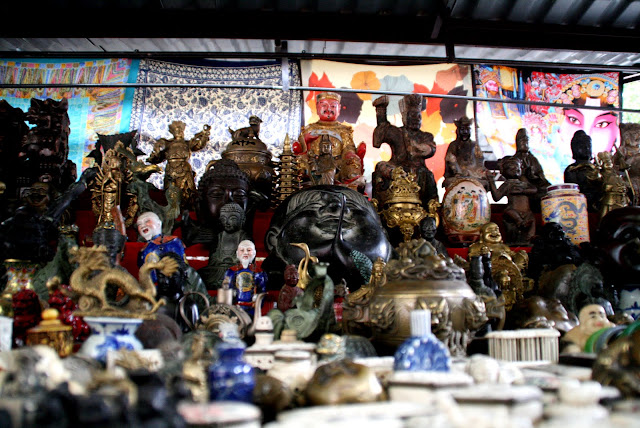 I was amazed that such a remote, isolated town was able to capitalize on the tourism industry as much as Yanshuo had.  Arriving on a Thursday during the rainy off-season, we only got a small taste of the tourist craze- and I’m happy to say that’s all we saw.

Over the course of the two days, we encountered a few Chinese from even more remote areas of China who came to Yangshuo to practice their English with the laowai, or foreigners.  We were able to bargain street vendors from 200rmb down to a measly 20rmb.  We were approached left and right by locals selling their boat tours, their bicycles, postcards, and flower wreaths.  I was asked if I was a tour guide for the DiploMan and our friend.  A tour organizer told me there is a boat which floats down the river, transporting individuals from Guilin to Yangshuo- 400rmb for foreigners, 200 for a Chinese speaker like myself.

Again, I’m just happy we were able to experience the relatively-quiet side of Yangshuo.  I’d hate to think of the area clogged with flag-bearing tour group leaders, blaring instructions on their megaphones. 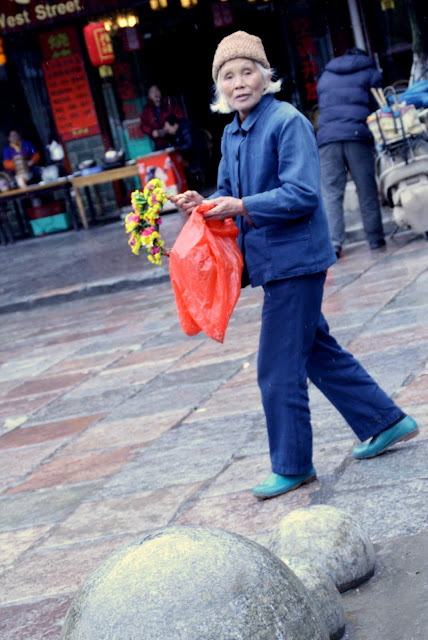 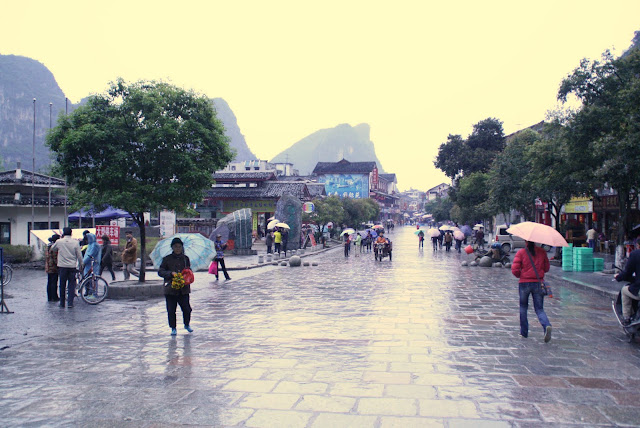 Last week we had a friend in town, and instead of showing him our usual Guangzhou haunts, we went adventuring.

We decided on a two-day trip to Yangshuo, about a 6 hour bus ride from Guangzhou.  Upon our 5am arrival by bus, bleary-eyed and trying to stay somewhat dry from the rain, we headed straight to a hostel for a few more hours of rest. The next morning as we were walking around, I felt like I had been transported overnight into some magical land. 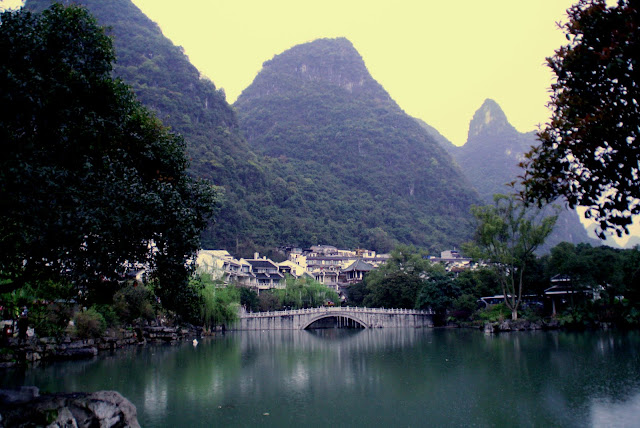 Yangshuo was considerably colder and wetter than the more coastal Guangzhou.  But rather than making the town dreary, the fog created a beautiful setting for karsts to peak out of, and the rain slicked the stone walkways, the gorgeous lanscape reflecting on the tiniest surfaces. 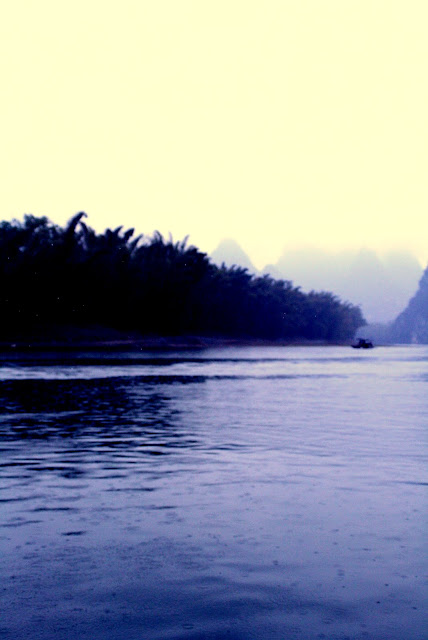 Yesterday I boasted about my belated inter-national participation in pig day.  But I forgot to mention one key ingredient that I used: Momo’s mustard seed sauce. 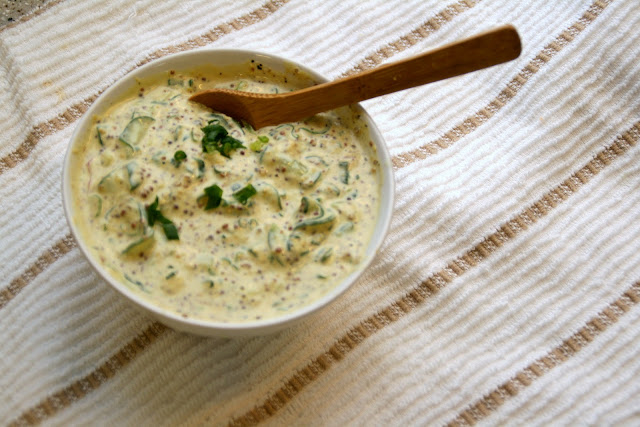 Everyone in New York knows that word, as do a lot of people outside of New York (for those who haven’t, it’s not a bad word, I’m not trying to insult you).  Momofuku- or, as we endearingly call it, Momo- used to be one of my friends and my go-to joints in the city.  Several years ago, it was still relatively unknown, and upon our discovery we just couldn’t get enough. Though it’s lessened it’s appeal as it’s gotten more expensive, the waits longer, and David Chang seemingly everywhere now, we still aren’t shy about going back to get our Momo fixes of brussels sprouts with fish sauce, tomatoes and tofu, Benton’s ham and red-eye gravy, and of course, their fried chicken dinners.

Momo has this amazing mustard seed sauce they serve with their ham as well as a few other dishes.  Leafing through the cookbook the other day, marveling at the number of things I’m able to cook out of this cookbook (hooray for Asian ingredients!!), this is the second inspiration for my Banh Mi creation.

**adapted from the Momofuku cookbook, Page 173

**the cookbook tells you to use your own pickled mustard seed, which though is right up my DIY alley, have yet to get my hands on any mustard seeds around here.  More market adventures!!! 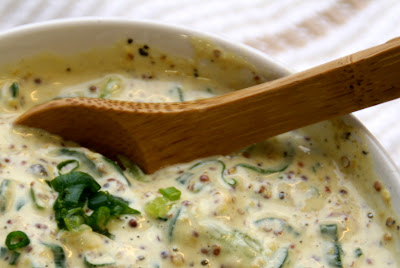