My favorite hummus, ever, was ordered at a Turkish restaurant called Bosphorous, located on a popular street in the mega-city (and our old home) of Guangzhou, China–population 12-15 million, depending who you ask. Quite an unexpected location for a platter of really amazing hummus, right?! 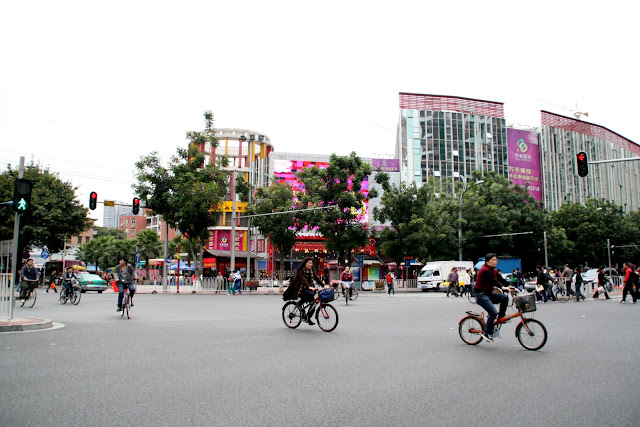 By the time I left Guangzhou, there were two branches of Bosphorous open, but the original, located near the Xiao Bei (小北 ) metro stop in a neighborhood casually known as Little Africa, was the one I preferred due to it’s…ahem, more “rustic” quality, which I personally think made the food just that much tastier. Plus the original was located next to a nightclub called 50 Cent. The club was always an option for a night out for our group of friends, since it involved going no earlier than midnight, Chinese girls dressed in turkish belly dancer outfits dancing around and on tables, and amazing people-watching. It’s also the only place I’ve seen more men on the dance floor than women, I think.

Every order of hummus eaten since 2010 has warranted comparisons to that one creamy, nutty, fluffy, olive-oily hummus, served at Bosphorous–at the long and crowded communal tables, in a smoke-filled room that was milling with so many dark-haired, olive-skinned Middle Easterners that you’d think you were in Ankara or Istanbul proper. It was a hummus that was perfectly drizzled with rich olive oil and garnished with a single olive, one olive that the Diploman and I were always wont to fight over during subsequent trips back–and there were many, many trips back during our two years there. And such is part of the beauty of these International second-tier cities, like Guangzhou. Like Dar. For every Michelin-starred gem in Hong Kong or Cape Town, there are also equally spectacular gems to be uncovered in lesser known, smaller-named cities. Great hummus isn’t a reason to visit Guangzhou, but it’s certainly a perk of one’s time there.

Here in Dar, I’ve found excellent BBQ prawns at BBQ Village, spiced and smooth curried chickpeas at Patel Brotherhood, satisfying grilled fish on the beaches of Bongoyo Island, open-air rooftop dining scooping up Ethiopian lentils at Addis in Dar, and the richest, most luxurious seafood platter at Alexander’s Guesthouse, tucked away in the backroads near my house.

And while none of these are the sole reason that I’m here, nor are the the sole reason you should come and visit (aside from grilled fish on the beach…that’s pretty compelling, isn’t it?), they certainly make spending some time in this city all the more exciting.

I’ve created what I think is a hummus, on par with the best hummus I’ve ever had from that unlikely Chinese Turkish restaurant. This is one that I proudly bring to any potluck, picnic, fundraiser, or party, anywhere I am in the world. And just FYI, here’s the address to Bosphorous. You’ll find 50 Cent just down the street…